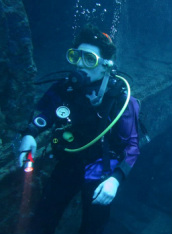 Katie first learned to dive with BSAC whilst on holiday on Ascension Island in 2008 and came home thinking "Use it or lose it!".  The transition from 30 degree South Atlantic water to 4 degrees in Ullswater was a challenge but mostly great fun and second only to the challenge of fitting some underwater time in around the demands of two teenagers.
Katie has been a member of Penrith Divers since then and has clocked up around 400 dives so far, in the UK, Canary Isles, Malta, Maldives and Egypt, mostly without the (now adult) teenagers. 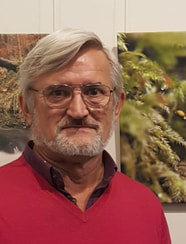 David started diving in Thailand on Koh Samui in 2003, sure that he was "Never too old to learn".  After 5 days of very good and thorough training with PADI, his first open water dive happened at Sail Rock and from then on he was hooked, as they say.  After that came a period of being a warm-water, holiday diver in Rhodes, the Canary Islands, Malta and Kenya.
David joined Penrith Divers in late 2008 and from then on started to learn to dive in a dry suit in the cold, dark waters of the English Lakes.  He attained ScotSAC Sports Diver level in the first 12 months and finished Master Diver training in March 2012.  David became an Open Water Instructor and Dive Supervisor following the SAA crossover in 2020.
In between diving at home, David has dived in Mombasa, Egypt, Zanzibar, Santorini, the Maldives, Turkey and more of the Canary Islands and has now completed nearly 1,000 dives. 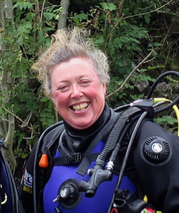 Lesa joined Penrith Divers in 2017 along with her daughter who had been given the fantastic opportunity to go on a school expedition to Mexico which would involve a diving element.  Lesa quickly found that far from being another 'mum duty', membership of the club brought with it a new lease of life and a whole extended family.  She  has appreciated being able to work her way through the levels in her own time, not feeling that she has to rush on to the next thing before any one skill has been mastered properly.
Lesa has now done around 150 dives, mostly in the UK with one brief sojourn to Lanzarote and is looking forward to getting more warm water experience as soon as possible. 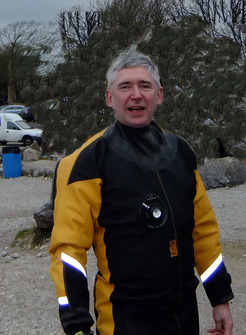 Richard began diving in 1998, becoming both ScotSAC Sports Diver and Branch Instructor in 2000.  When the club transfered to the SAA in 2020, Richard became an Open Water Instructor and Dive Leader.  He has dived in Egypt, New Zealand, Malta, the Canary Islands, the Balearics and Jordan and has racked up around 500 dives. 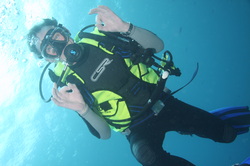 Alan learned to dive with PADI in Egypt in 2005, confidant that learning the basics would be OK as he was only going to be a warm water diver!
However, he soon found that even 4 or 5 holidays a year doesn't give you anywhere near as much experience as diving in the Lake District.
Alan joined Penrith Divers in 2007, passing his ScotSAC Sports Diver qualification in 2009 and becoming a Master Diver in 2013 followed swiftly by a Branch Instructor qualification in 2014.  Following the SAA crossover in 2020, Alan became an Open Water Instructor and Dive Supervisor.  He has dived in Egypt, Kenya, the Dominican Republic, Turkey, Malta, Thailand and Cyprus. 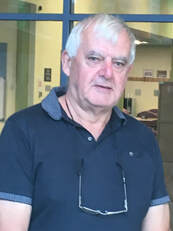 One of Penrith Divers founding members, Frank found his way back into the fold following a newspaper article in 2017.  Although he is currently struggling to get back under the water as often as he'd like, Frank's passion and commitment to both diving and Penrith Divers is as strong as ever and he is always ready with a helpful and supportive word or action when needed.

Rob became interested in diving while watching Gordon Burton, a founder member of Penrith club, working on boat moorings on Ullswater.
He joined ScotSAC in 2000 and became a member of Penrith Branch, passing his Sports Diver by November 2001.
Some time after that he traveled extensivley, diving in the Maldives, Thailand and Tunisia as well as holiday diving in Cuba, Turkey, Malta, Gozo, the Canary Islands and Egypt several times.
He qualified as a Master Diver in September 2008, followed swiftly by becoming a Branch Instructor in March 2009 and B.D.O in April of the same year, a post which he held for 7 years.
In the SAA crossover in 2020, Rob became an Open Water Instructor and Dive Supervisor.
Rob enjoys passing on the knowledge and skills that enable others to participate in diving safely.
He gets regular calls from the Ullswater Steamer company to help find keys and wallets that are dropped from their piers and has also been involved in searches.
He has completed over 1,300 dives.